The Ghost of Valley Forge

What would our founding fathers say to us if they came back today?

I had a dream, the other night I did not understand,
a figure walking through the mist, with a flintlock in his hand,
his clothes were torn and dirty, as he stood there by my bed,
he took off his three-cornered hat, and speaking low he said:

We fought a revolution to secure our liberty,
we wrote the Constitution, as a shield from tyranny.
For future generations, this legacy we gave,
in this, the land of the free and the home of the brave.

The freedom was secured for you, we’d hoped you’d always keep,
but tyrants labored endlessly, while your parents were asleep.
Your freedom gone – your courage lost – you’re no more than a slave
in this, the land of the free and the home of the brave.

You buy permits to travel and permits to own a gun,
permits to start a business or to build a place for one.
On land that you believe you own, you pay a yearly rent,
although you have no voice in choosing how the money’s spent.

Your children must attend a school that doesn’t educate,
your moral values can’t be taught, according to the State.
You read about the current “news” in a very biased press,
you pay a tax you do not owe, to please the IRS.

Your money is no longer made of silver or of gold,
you trade your wealth for paper, so life can be controlled.
You pay for crimes that make our Nation turn from God to shame,
you’ve taken Satan’s number, as you’ve traded in your name.

You’ve given government control to those who do you harm,
so they can padlock churches, and steal the family farm.
And keep our country deep in debt, put men of God in jail,
harass your fellow countrymen while corrupted courts prevail.

Your public servants don’t uphold the solemn oath they’re sworn,
your daughters visit doctors so children won’t be born.
Your leaders ship artillery and guns to foreign shores
and send your sons to slaughter, fighting other people’s wars.

Can you regain your freedom for which we fought and died?
Or don’t you have the courage or the faith to stand with pride?
Are there no more values for which you’ll fight to save?
Or do you wish your children to live in fear and be a slave?

Sons of the Republic, arise and take a stand!
Defend the Constitution, the Supreme Law of the Land!
Preserve our Republic and each God given right!
And pray to God to keep the torch of freedom burning bright!

As I awoke he vanished, in the mist from whence he came,
his words were true, we are not free and we have ourselves to blame.
For even now as tyrants trample our God given rights,
we only watch and tremble – too afraid to stand and fight.

If he stood by your bedside in a dream while you’re asleep,
and wonder what remains of your right he fought to keep.
What would be your answer if he called out from the grave?
Is this still, the land of the free and home of the brave?

"What are the top cities in America for good coffee?"

It's a cold day outside and I'm huddled in my office with a space heater at my feet and a hot cup of coffee in my hands.  Well, until I decided to type this post.  Then of course, I put the coffee down.

This morning the thought came to mind:  "What are the top cities in America for good coffee?"  and I knew the internet would have more than enough opinions on the matter!   The one I ended up looking at was a survey done by the Travel and Leisure site.

Looking over their top 20, I was nodding in agreement or at least acknowledging they were 'expected' to be high on the list, but I did mutter a 'hmmm' or two as I was surprised at the ranking of a couple.

I decided to mention them on the Coffee Talking blog and see what you think.  I fully expected to see Seattle and Portland nice and high on the list (number 1 and 2) and number three was also somewhat expected but I didn't expect to see Providence as number four, nor Savannah as number seven.

I give a big thumbs up to Minneapolis/St. Paul, which made number 10 on this particular survey list.  Minneapolis is where I personally learned to love coffee.  I lived in Minneapolis for four years (before moving even farther North).  When winter lasts 7 months out of the year and your nose hairs freeze the instant you walk out of your front door, the love of that hot mug in your hands as you watch big, fluffy snowflakes fall outside your window during a silent snowstorm is a natural fit.  At least it was for me.  And that, is truly how I came to love coffee. 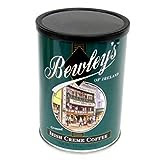 The Irish poet Brendan Kennelly once described Bewley's Café in Grafton Street as the 'heart and the hearth of Dublin'. Dublin, he said, would not be Dublin without Bewley's. These sentiments have been echoed by generations of Irish people since Joshua Bewley first introduced tea to the Irish public in 1835. Today, Bewley's is still best known for its select high street cafés throughout Ireland.


Bewley's have been importing and roasting the finest coffees since the beginning of the 1900s and as the market leaders in Ireland, are unrivalled when it comes to superior quality coffees. Bewley's ground Arabica coffee is flavored with another Dublin specialty, Irish Crème, which gives their coffee a lovely aroma and flavor. 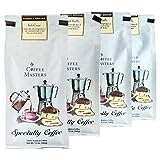 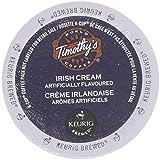 "Add a sparkle of warmth to your holidays with this full-bodied blend
of earthy Asia Pacific, lively Latin American and spicy, aged Sumatran
beans. Every sip offers intriguing layers of spiciness and rich, lingering
flavors that have been complementing festive celebrations for more than
25 years."

One of my favorite Starbucks blends is the Holiday version.  I avoided it at first because I think the description is misleading.  When they say "spice" I think... well, spice.  Most 'holiday' or Christmas blends add a bit of the spice kick so I assumed this did too. It was a fluke that I decided to try it and happily found it did not have any spice or holiday flavor to it.  It was just a good, rich, dark, flavorful blend.

Although available through Starbucks and the Starbucks website, I found it at my local Sam's Club.  Twice this season, I purchased the 28 oz. size for their regular price of just under $19.  However, I was happy to see it on clearance at my local Sam's Club last weekend for $10 off.   It is currently selling in my local store for $8.51.  The 'best buy' date is May of 2013 but they are in vacuum sealed packages so as long as they are unopened they stay fresh.  I picked up 2 for now but am playing around with the idea of going back for 2 more.  The problem?  They were selling quickly.  I'm not sure there are any left.

I looked up this blend on the Starbucks website and found they are offering a clearance price of just under $8 for a one lb. bag.  I also found it on Amazon (link above) just in case your local Sam's doesn't carry it and you don't want to wait until next Christmas for it to be released again.