This is SO adorable!  On the go with your mini me?  Little ones always want to be like Mommy and Daddy; and now they can sip their water or favorite drink from their little sippy cup that looks just like your Starbucks travel mug.  LOVE THIS idea and am thinking it will be perfect for the baby shower I'm going to next month.  I already bought 2 gifts, but I found this for less than $6 on Amazon so it's too good to pass up!

Of the 51 drip-style machines the Good Housekeeping Research Institute put through the mill, these brewed the best.  You can find the whole list on their site.  Here are the top 4 and why they were chosen! 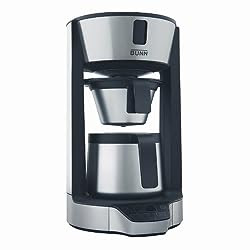 Our winner heats water to the ideal temp before it touches the grounds, making for a flavorful cup of joe. More early-morning happiness: It's a breeze to set up. 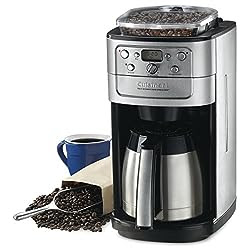 The built-in grinder automatically preps the perfect amount of beans, for two cups to 12. 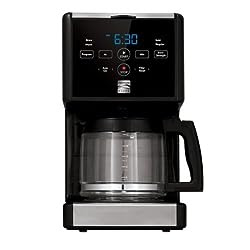 This one from Kenmore works quickly, simple to use — and did you see the price? One gripe: Its tank and basket are tough to access if your coffeemaker sits back under hanging cabinets.

This machine made the most delicious coffee in our tests — and kept it hot for four hours! Brews up to 12 cups in an internal carafe.

Coffee percolators came to be by a British scientist and soldier who hated alcohol and disliked tea. 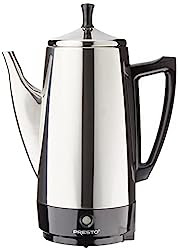 Thinking about the old time coffee percolators started innocently enough by thinking about my late-Grandmother.  I think of her often as I absolutely adored her and have 2 photos of her in my office so she comes to mind often.  As a small child I remember standing by the kitchen counter listening (but not listening) to the adults chatter while I whiled away the time watching her coffee pot and waiting for it to start forcing liquid up into the clear glass bulb at the top of the pot.  I was anticipating the tiny little explosion that would happen inside the clear glass.  First just a splatter here or there and soon, a continual "blup blup blup!" as it 'perked' and splashed and went from clear water to a deep, rich brown color.  Soon the aroma of fresh coffee would fill the kitchen and all the adults would have their cups refilled.

Coffee percolators at my other grandmothers were a yellow pot with a daisy on the side in her kitchen or the traditional stainless steel version at the feed store, where it was a focus of many older gentlemen that would come to the store to pass the mornings and afternoons with my Grandfather.  Talking about livestock, the weather, fields and such while they ate windmill and peanut shaped store bought cookies and drank cup after cup of coffee.

"A coffee percolator is a type of pot used to brew coffee by
continually cycling the boiling or nearly-boiling brew through
the grounds using gravity until the required strength is reached."

The percolating coffee pot was invented by the British scientist and soldier Count Rumford, otherwise known as Sir Benjamin Thompson (1753–1814). He invented a percolating coffee pot following his pioneering work with the Bavarian Army, where he improved the soldiers' diet as well as their clothing. It was his abhorrence of alcohol and his dislike for tea that led him to promote the use of coffee for its stimulating benefits. For his efforts, in 1791, he was named a Count of the Holy Roman Empire, and granted the formal title of Reichsgraf von Rumford. His pot did not use the rising of boiling water through a tube to form a continuous cycle.

The first US patent for a "Coffee Percolator," but still using a downflow method without rising steam and water, was issued to James Nason of Franklin, Massachusetts, in 1865.

Finally, an Illinois farmer named Hanson Goodrich patented the modern U.S. stove-top percolator as it is known today, and was granted patent 408707 on August 16, 1889. It has the key elements, the broad base for boiling, the upflow central tube and a perforated basket hanging on it. He still describes the downflow as being the "percolating." Goodrich's design could transform any standard coffee pot of the day into a stove-top percolator. Subsequent patents have added very little.*

By the time I was about 7 years old, not too many people still had coffee percolators in their kitchens.  They had been forced to the back of the pantry or cupboard and replaced with the 'automatic drip' coffee maker.  It was the hottest trend in coffee brewing and was much easier to brew a consistent cup of coffee.   Percolators often made your kitchen smell amazing with freshly brewed java but if you weren't careful you were often greeted with grounds in your cup from an overly enthusiastic brew or even an over-extracted brew.


A coffee percolator consists of a pot with a small chamber at the bottom which is placed closest to the heat source. A vertical tube leads from this chamber to the top of the percolator. Just below the upper end of this tube is a perforated chamber. The desired quantity of water is poured into the water chamber of the pot and the desired amount of a fairly coarse-ground coffee is placed in the top chamber. It is important that the water level be below the bottom of the coffee chamber.

After the percolator is placed on the heat source (such as a range or stove), the temperature rises until the water in the bottom chamber boils. While some models may have a one-way valve at the bottom of the tube which forces some of the boiling water up the tube, most operate on the simple principle that the rising bubbles will force the liquid up the tube. The hot water is distributed at the top over the perforated lid of the coffee chamber. This water then seeps through the coffee grounds and leaves the coffee chamber through the bottom, dropping back into the lower half of the pot. The rest of the colder water at the bottom is meanwhile also forced up the tube, causing this whole cycle to repeat continuously.

As the brew continually seeps through the grounds, the overall temperature of the liquid approaches boiling point, at which stage the "perking" action (the characteristic spurting sound the pot makes) stops, and the coffee is ready for drinking. In a manual percolator it is important to remove or reduce the heat at this point (keeping in mind the adage "Coffee boiled is coffee spoiled"). Brewed coffee left on high heat for too long will acquire a bitter taste. 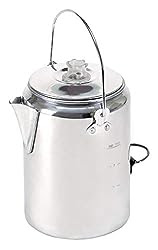 I personally own a very basic percolator which is in our camping gear.  Simple to use, durable and ever-so-appreciated on those chilly tent-camping mornings.  However, a quick check of Amazon shows me that many companies still make (or have started making again) percolators for in the home.   I'm tempted...  very tempted. 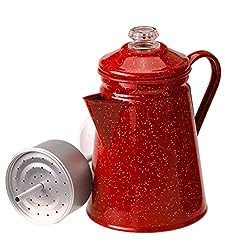 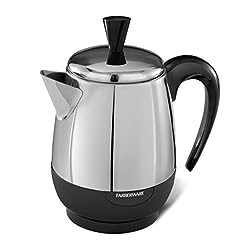 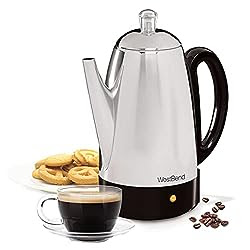 Quick Update on the Ashley Table from Amazon

After emailing the seller and asking if they were still on target to get a delivery of tables on May 10th, and assuring mine would be shipped then, he miraculously had them in stock and told me mine was shipped out that day.

Sure enough, the truck pulled up yesterday and my table (in a box of course) was delivered!  Perfect shape, everything was fine and it looks great.   All's well that ends well, right?


Some random other coffee tables from Amazon; 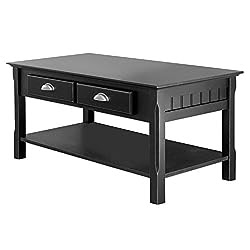 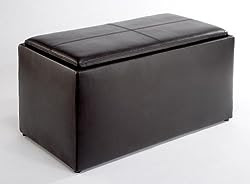 Update: Just a tiny update on the saga of ordering my table from Amazon

If you saw the post below, this is a tiny little update about ordering a sofa table from an authorized seller on Amazon.  I ordered it the first week of April.  He reported to Amazon it was shipped. He reported 'shipping information' to FedEx as shipped.  But it was not shipped.  I contacted him the 3rd week of April and his email said he was getting 100 tables in on May 10th and would ship it out that day.

So, he admitted to me, in an email, that my table had not shipped.

Even though he made sure to protect his 'sellers' butt through Amazon and FedEx that it was "in transit" - even though it wasn't and FedEx couldn't track it.

So I emailed again this week.  I made sure to contact him through Amazon's link so there would be record of my emails.  I made sure to also note in the email that I was "checking on the status" of the table.  I ALSO made sure to mention "since you admitted to me in your last email that the table had not shipped even though you told Amazon and FedEx it had...."

I asked if he was still on target to get the tables on the 10th and would mine be shipped out that day?

Surprise.  His email response was that my table was shipped out that day and I should be getting a tracking number from FedEx by today or tomorrow.

Funny how he suddenly had a table available for me?

I'm expecting it to be broken, bashed in and in terrible shape....   but we shall see.


Yesterday morning I awoke with a craving for Birthday Cake coffee.
No, I don't actually have any birthday cake coffee in the house as I don't typically like flavored coffee.  I like my coffee strong, hot and black. So what was with this craving?

As I laid in bed, I was coming up with creative ways to make myself birthday cake flavored coffee.

I could stir in a tablespoon of dry cake mix (ewww?)
I could add a mixture of vanilla, lemon and almond extract to it
Some vanilla flavored coffee syrup and whipped cream?

In the end, I had... strong, hot, black coffee.   But it is where the basis for today's post came from. 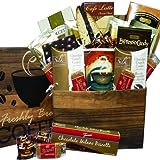